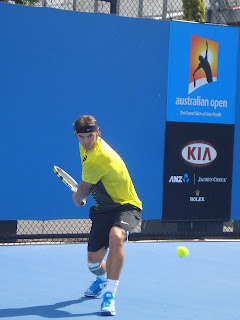 I started this blog back in 2011 and the timing was perfect as I ended up travelling to 10 (yes 10) tourneys that year, including all four slams. I wanted an outlet to talk even more about tennis, and share tips on attending various tournaments around the world.

Some of my posts probably need some updates, but here's is a list of all the tourneys I have written about after attending. 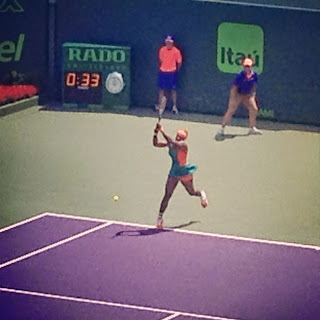 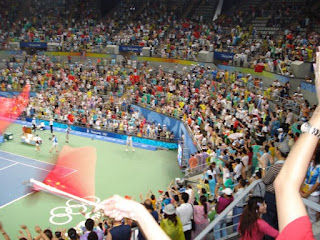 I'm always happy to answer questions, or elaborate so leave a comment here or hit me up on Twitter. And a word of advice - always GO!
on September 21, 2019 No comments: 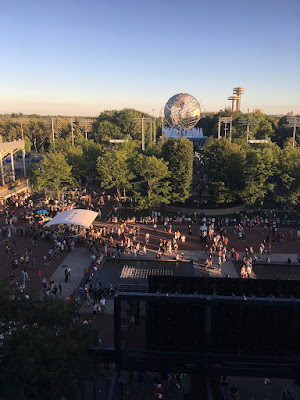 For years, I've not been the biggest fan of the US Open. It's hot. It's crowded. It's pricey. The food was average. Ashe Stadium was too big. I also didn't feel they were very friendly to anyone with accessibility options which is a big strike with me.

The US Open is A LOT. I don't know if I've become more tolerant (doubtful) or if the place has just worn me down. But I think 2019 was my best ever experience at the last slam of the year.

I tend to spend most of my Labor Day weekends at the tennis, and 2019 was my 8th trip to the Open so it's by far the tourney I've attended the most. I always loved watching the tennis but felt the last slam on the tennis calendar was just hard work. But in the past 5 years, the grounds at the Billie Jean King National Tennis Center have undergone so many changes that the tourney has really improved.

Here's my updated summary of how to tackle the US Open. Per usual I'll summarize the grounds, ticketing experience, food and the crowd. I'll also touch on the stadiums, transportation and practice courts.

First things, first. You can be as organized or last-minute as you want with the US Open. Some years, I bought a package and made a deposit in February. Other years, including the past two years, I have decided to go and less than 48 hours later I was there! In 2019, I ordered accessible tickets for the first time for our Labor Day weekend, and then I bought resale tickets for both finals literally minutes before I walked into the gates on the day. So, the options are limited though none of them are cheap! 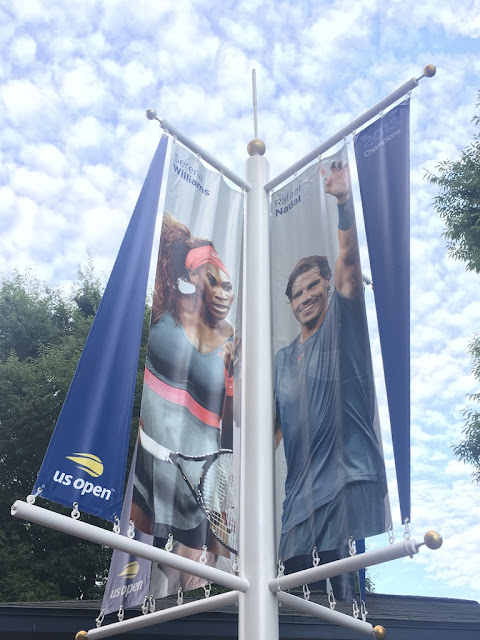 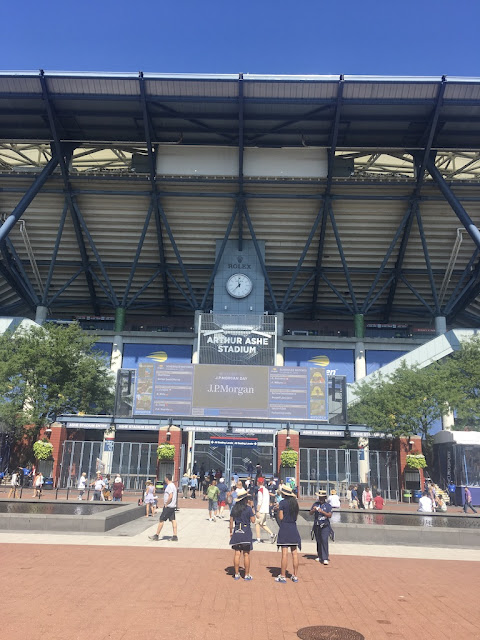 The food at the US Open used to be awful IMO and over the years the food court offerings have gotten so much better and more diverse. There are also so many more food areas which has help keep the chaos at bay when you need to get some food and want to actually sit down to eat it.

Okay, that's enough. I hope this blog post is helpful for anyone considering a trip to the US Open. If you have additional questions or comments, leave a note here or tweet me at @StephintheUS