Revisiting the 2014 Hall of Fame Induction 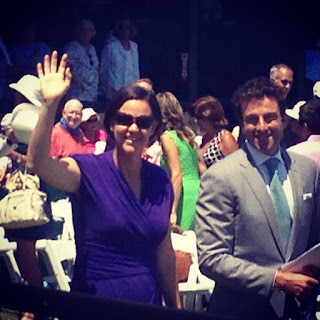 After watching the 2017 induction ceremony into the International Tennis Hall of Fame, I wanted to look back to 2014's ceremony which I somehow forgot to blog about.

In 2013, I first attended the Newport event and saw Martina Hingis and other inducted. I remember feeling emotional as the inductees were introduced, and it didn't matter how much or how little I knew about each person being honored. Witnessing

At the time, I wrote that I couldn't imagine how emotional I'd be seeing a favorite inducted.

Well, the next year I got a chance to return to Newport and I was thrilled as Lindsay Davenport was inducted as was Nick Bollettieri, coach of my original faves Monica Seles and Andre Agassi.

The Hall of Fame Museum is a gem, and it's been redone since I was there so a return is required. As a full-on tennis nerd, I have walked through the museum three times in the two years I attended Newport and my last visit was the most special. 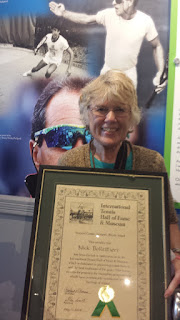 After the 2014 ceremony, my mom and I went to the museum for another look. We ended up meeting and talking at length to Nick Bollettieri's wife and got to see Nick's framed certificate (and even posed with it!)

We also got to chat with Lindsay's sister in law who was lovely and friendly so it was just a fun way to spend our time in Newport.

The day of the induction, a group of tennis legends plays an exo and I was thrilled that my WTA all-time fave Monica Seles was playing. I saw her a few times on the ground and got a chance to gush to her - she is so humble and kind and watching her hit a few balls again was a joy.


A few more photos from a great weekend in Newport 2014. 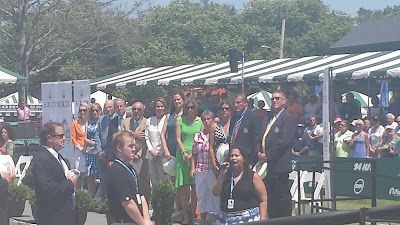 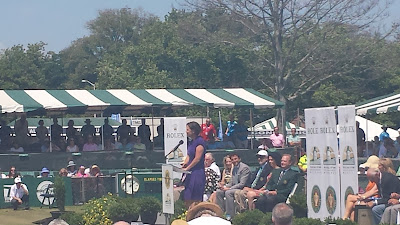 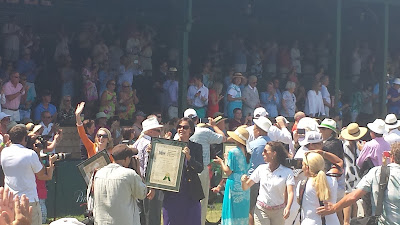 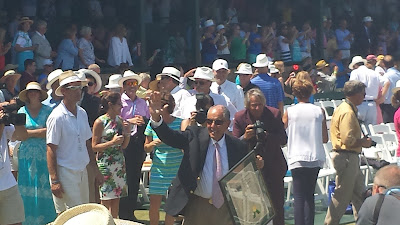 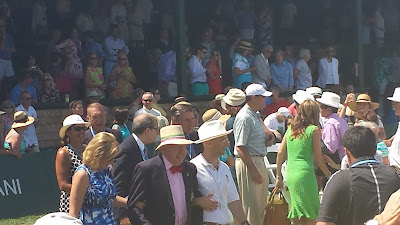 Email ThisBlogThis!Share to TwitterShare to FacebookShare to Pinterest
Labels: Hall of Fame, Newport