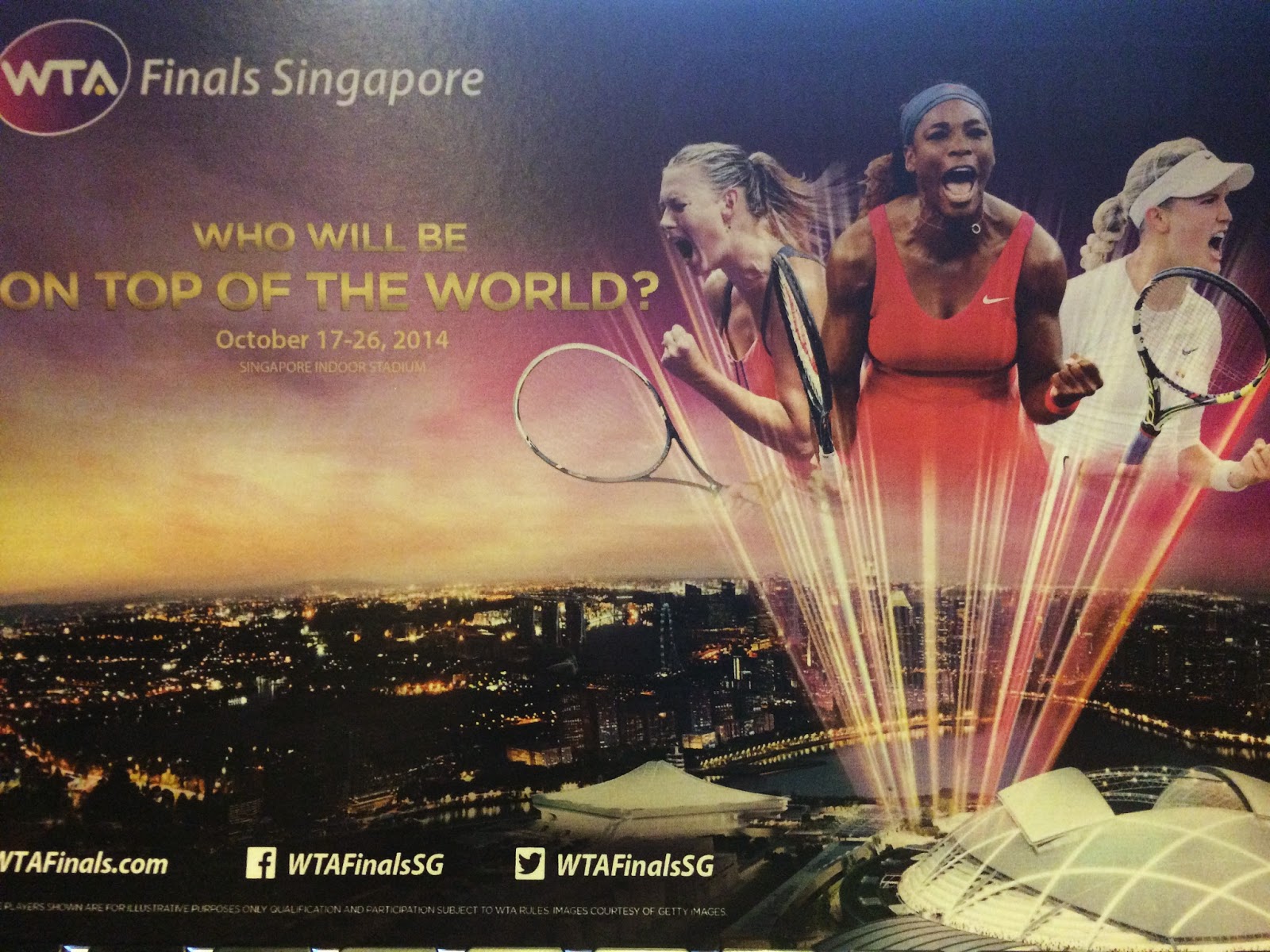 When I visited the WTA Championships stand at the 2014 US Open, I picked up a handout all about the event and "Road to Singapore," with the far-off dream that I may be able to attend.

Well, on Friday I'm heading to Singapore for my first-ever WTA Championships! #bucketlist

Beyond being excited about visiting Singapore for the first time (bring me all the food!), attending and covering the WTA Championships is going to be amazing. I have been to the ATP World Tour Finals (in 2011) and having the best players of the year in one place, facing only each other is crazy exciting.

It's been an odd year on the WTA. With Serena's early exits in 3 of 4 slams this year, (and three losses to CORNET??) the WTA tour has been a bit more unpredictable but with repeat winners at all slams maybe it wasn't as crazy as we thought. The eight ladies who will be in Singapore are definitely all deserving and I am most excited to see who will come out on top. I truly have no idea how it's all going to roll out.


The only alternate determined at this stage is Angelique Kerber, who has played the finals the last two years, and either Ekatarina Makarova or Dominika Cibulkova will be the second alternate.

After grinding on tour all year, many players come into Singapore with injury concerns, starting with Serena who had knee issues in Beijing. No word yet that she won't play, and with the year-end WTA #1 ranking on the line hopefully the two-time defending champ will be there. If she's not, she'll lose her #1 ranking which she's now held for 87 straight weeks.

Halep (hip), Bouchard (left leg), Ivanovic (hip) also had late-season injury issues, but hopefully all were being cautious leading into the WTA Championships. Both Halep and Bouchard will make their WTA Championships debut, while Ivanovic is back for the first time since 2008.

I admit the event won't feel the same without Victoria Azarenka, who had qualified for the last 5 years, but I really hope the draw is balanced and we get some amazing round-robin matches.

The singles draw takes place on Saturday at 5pm, and the always fun WTA All-Access Hour which will be held at the amazing Marina Sands Hotel will be Sunday starting at 9am.

I'm excited to cover this tournament for Tennis Panorama News so be sure to follow along on Twitter here: https://twitter.com/TennisNewsTPN.